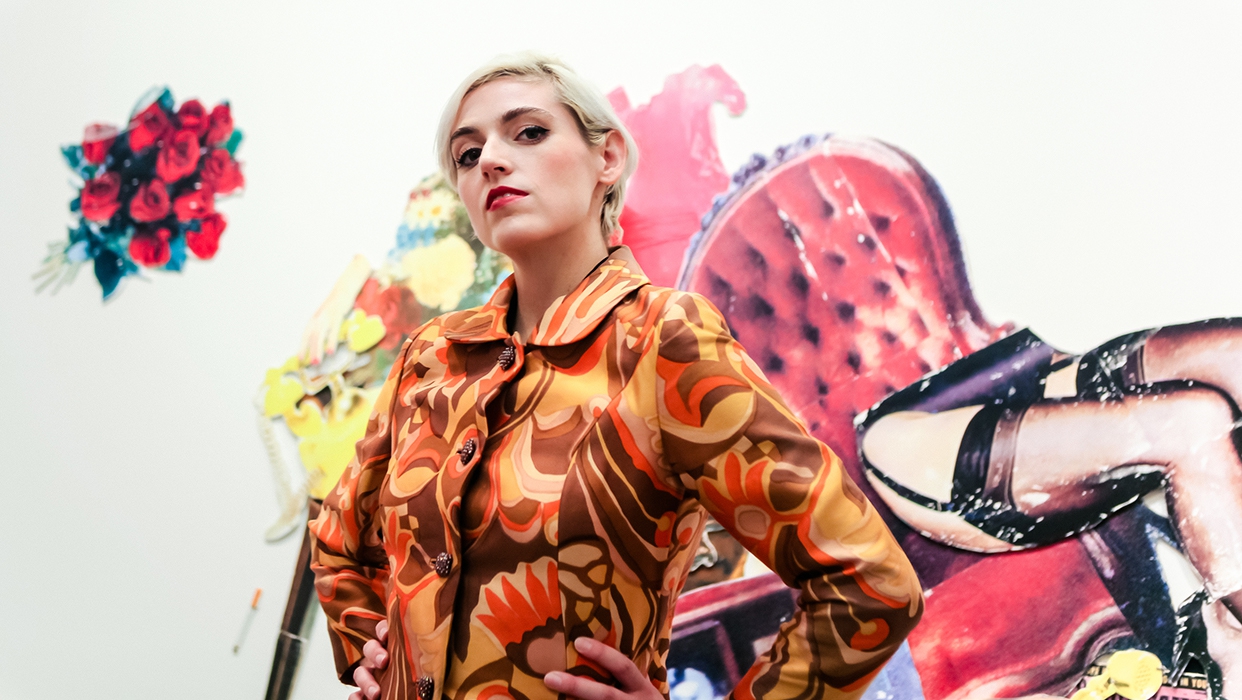 You have to really make authentic work...what’s trendy—it’s always changing...You have to just make your own work and...be rigorous; be the best artist you can be, and be challenging yourself.

For Rosson Crow, a painter and now filmmaker, adherence to her own authenticity has been paramount in following her creative path from day one.

When Rosson was young, her mother, an interior designer, instilled a sense of narrative in the visual spaces around her. Learning from her mother’s instinct, Rosson let her own imagination run wild. “Growing up...I was fascinated by all things artistic, and dressing up, playing with play clothes, drawing, movies,” she says. At about 14 years old, she knew for sure she wanted to be an artist of some kind. Rosson went on to the School of Visual Arts in New York City and then Yale University. While at SVA, she continued her education outside of the classroom by interning with contemporary art gallery Deitch Projects (with whom she eventually showed her own work) and spent time picking up inspiration from the period rooms at the Metropolitan Museum of Art. 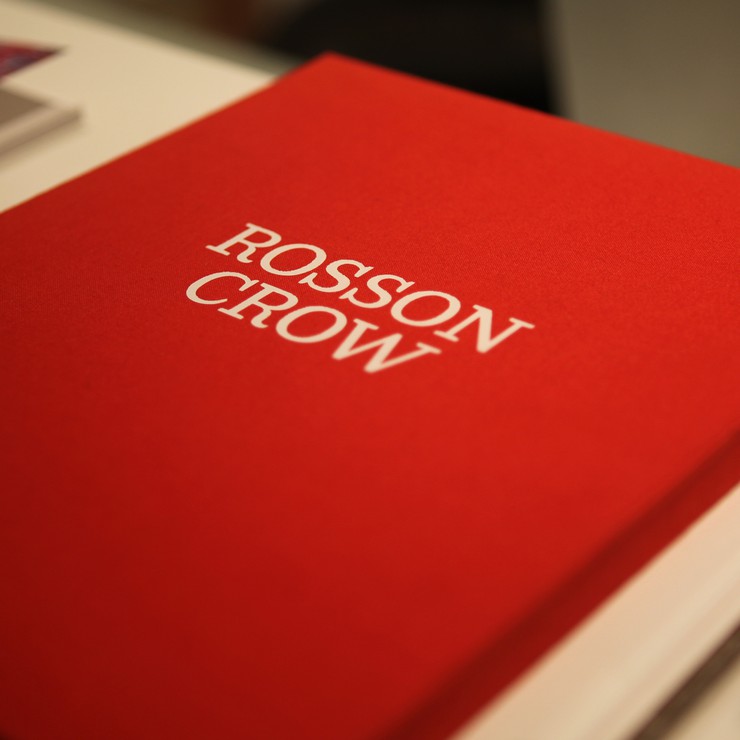 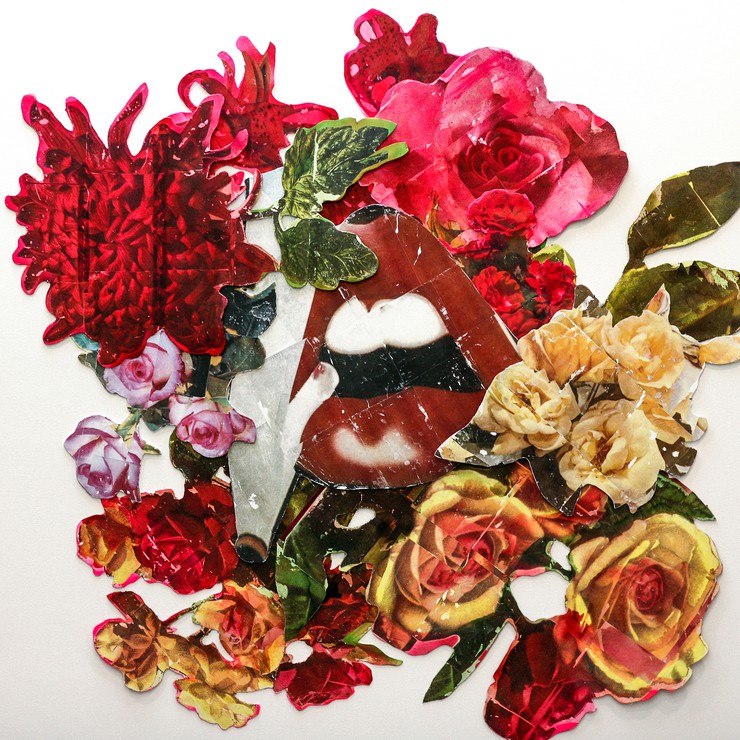 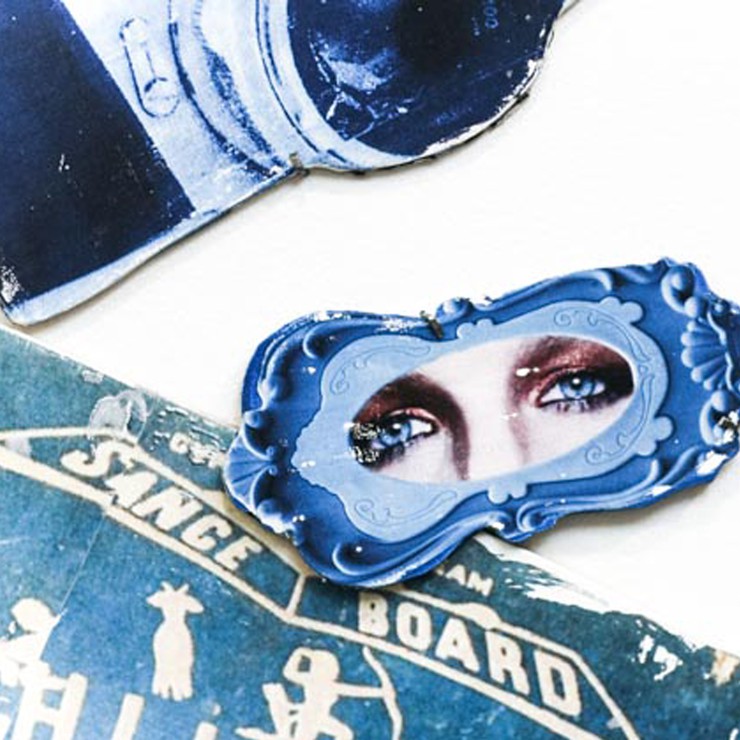 Having lived in New York, Paris and now LA, Rosson’s work has been influenced by the storytelling within history. “[The theme of my work has been] how history could be conveyed in paintings through space and architecture...the psychology of history...how it evolves...and how it can be represented in space.” Blending inspiration from her mother’s instinct for visual space with the history of American culture, Rosson’s pieces have “an emotional narrative. I’m always trying to create and evoke moods in spaces,” she says.

More recently, Rosson has collaborated with fashion designers Jeremy Scott and Zac Posen. While she usually paints on large-scale canvases and not garments, Rosson says, “I’m always trying to push myself in new ways. I think that there’s something so amazing in that attempt to try new things.” 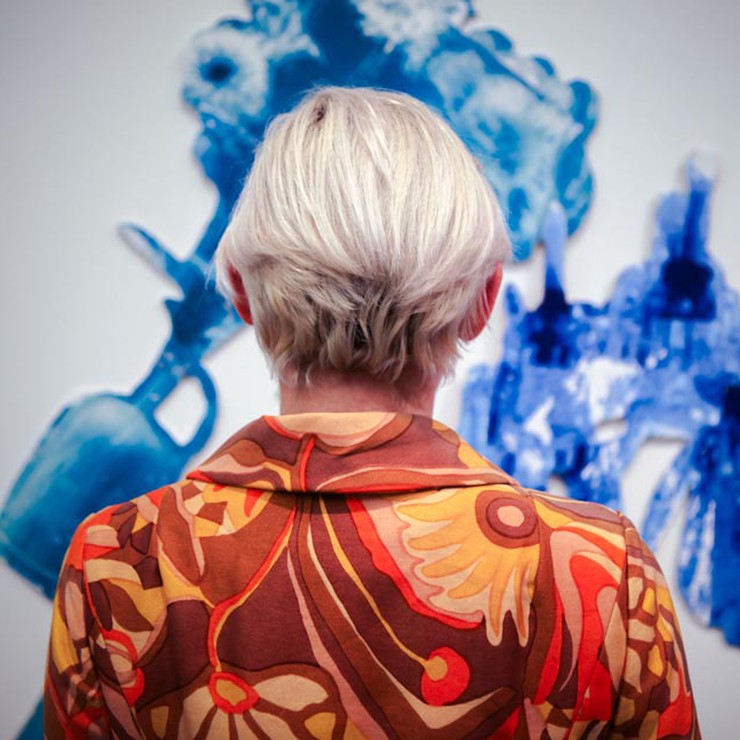 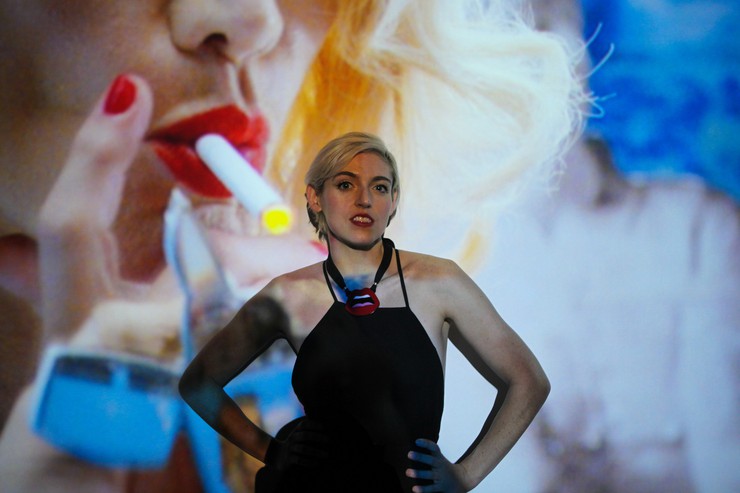 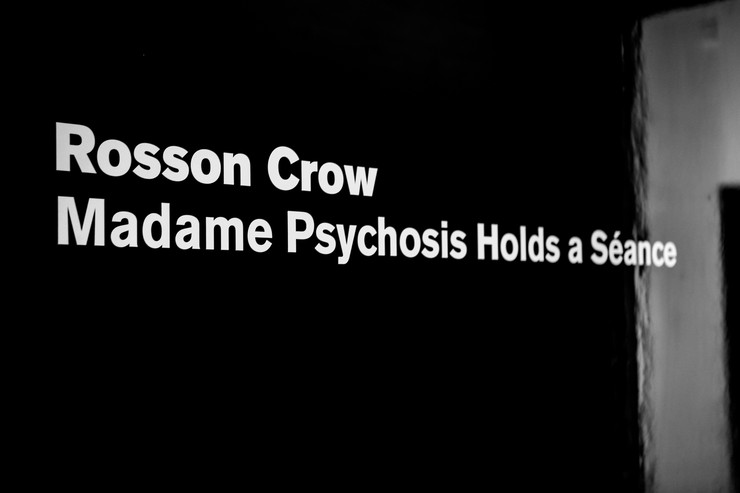 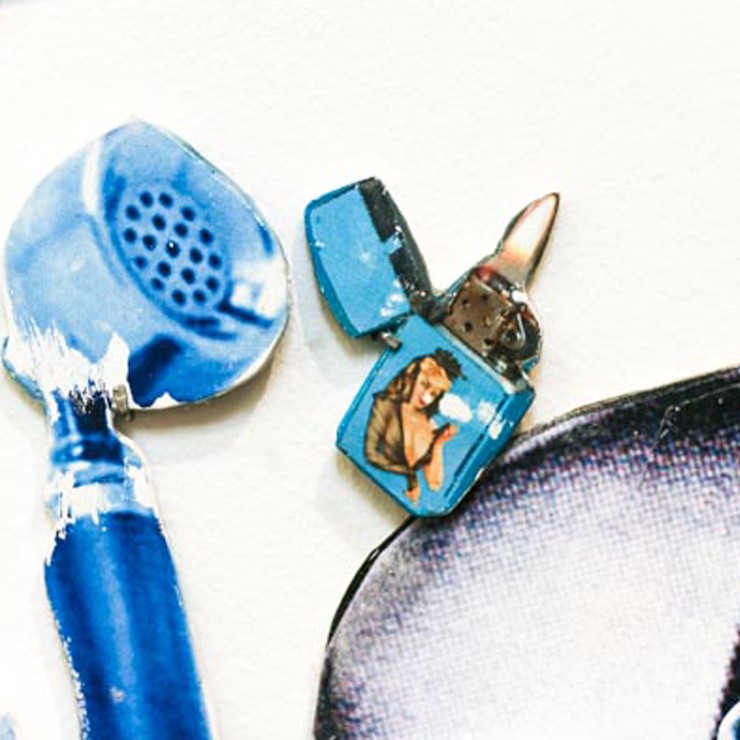 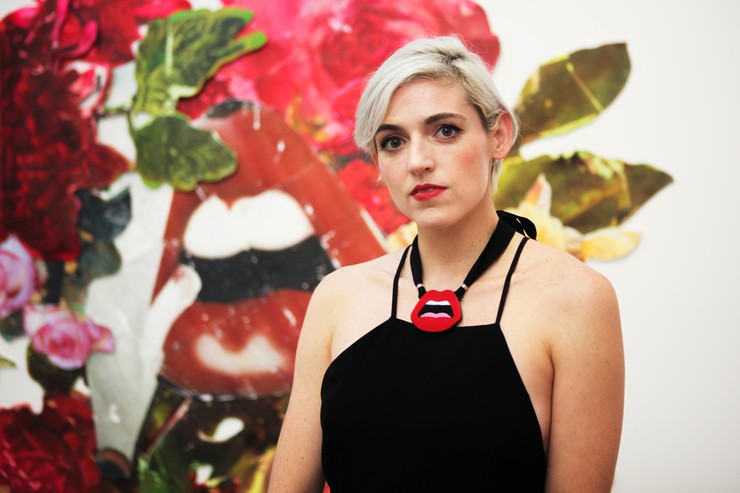 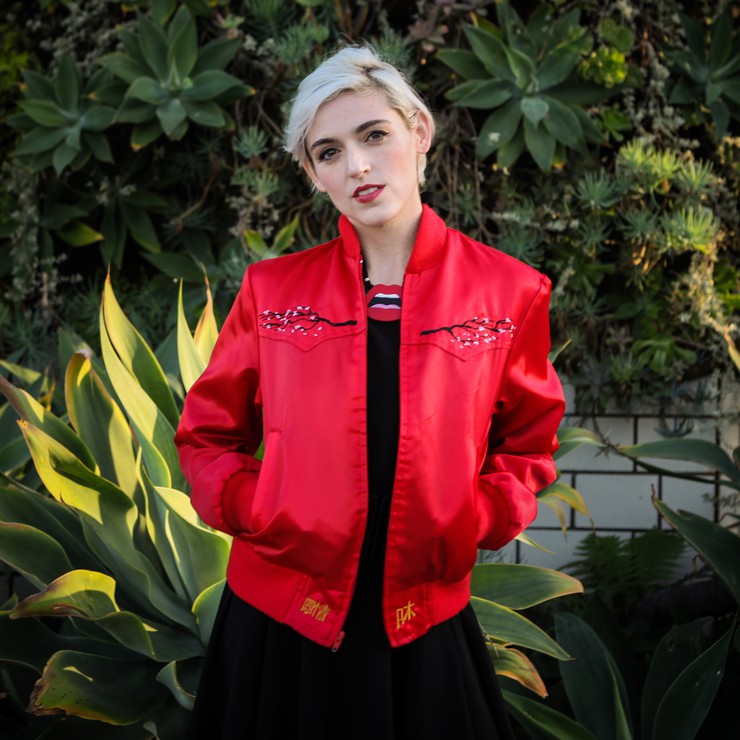 In addition to her paintings being shown in galleries across the globe, Rosson has one film under her belt and is beginning to think about her next film project. Her 12-minute film, “Madame Psychosis”, debuted at the Honor Fraser gallery in November 2015. Written and directed by Rosson, produced by Jeff Vespa and starring Kelly Lynch, Madame Psychosis is about “an aging showgirl obsessed with the assassination of JFK”. Coming from the solitude of a painting studio, the she found collaboration enlivening. “You realize how important all these people [working on the film] are in making the final product great,” she says. “I really liked working [collaboratively. It kind of balanced] out the solitary practice of painting.”

As her work evolves, Rosson’s focus and intention crystallizes. She says,“You have to really make authentic work...what’s trendy—it’s always changing...You have to just make your own work and...be rigorous; be the best artist you can be, and be challenging yourself.”  Rosson guides her career and life with an emphasis on “being tough,” showing up to do the work even when it’s uncomfortable and to never stop evolving. In her eyes, “the hardest thing about being an artist is maintaining a career. Because you consistently have to be making good work.” But she wouldn’t have it any other way. For her, it comes down to gratitude: “I think anybody who has a passion—that already is something that you should be very grateful for.”

"Hand props I made for the film, including the ouija board Madame uses for her JFK seance."

"One of the paintings that made up the sets for the film. The painting is called "The Ruby Room". This painting is part of the red set where Madame truly loses touch with reality."

"Hand props and furniture props I made for the film set. When I brought them into the gallery, I arranged them into collages on the gallery walls."

"One of the paintings that made up the cyan toned sets for the film. The painting is called "The Side of the Veil". This set consisted of all cyan paintings hand props, creating a very dream like atmosphere for the beginning of the film."

"This is the book we made for the second exhibition I had at Honor Fraser gallery, "Ballyhoo, Hullabaloo, Haboob" in 2012."