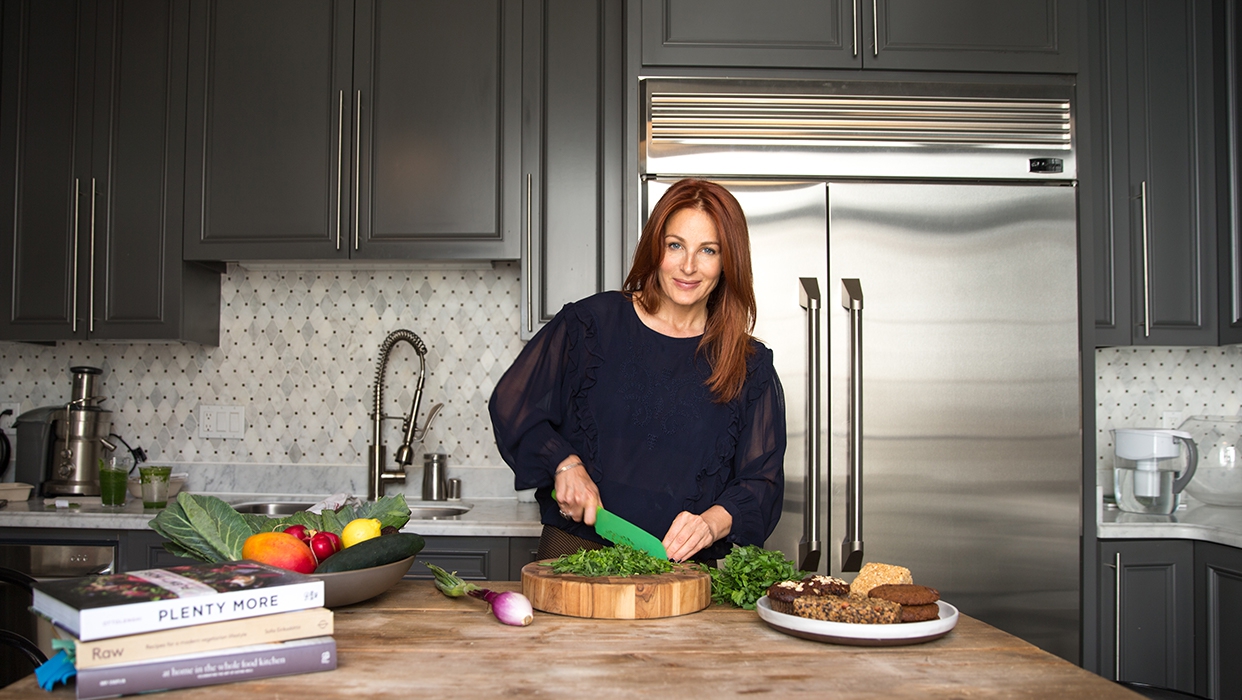 The concept was simple, albeit one with a decidedly modern-day, Left Coast twist: create a restaurant that serves the kind of clean, delicious and sustainably-sourced fare that keeps people coming back, day after day. This was the idea behind Seed + Salt, Mo Clancy’s vegan-friendly San Francisco eatery, now in its second year.
The restaurant’s renown has grown in tandem with the general public’s embrace of what were once considered alternative foodie lifestyles: veganism, Paleo, gluten-free. Mo acknowledges that some customers are surprised by how much they like Seed + Salt’s menu, which features items like a BLT made with eggplant bacon, coconut meat “ceviche” and a breakfast sandwich comprised of a chickpea frittata with walnut chorizo and cashew “cheddar” cheese.
Mo relates the story of one man who recently told her that though he’s not a vegan, he loves her restaurant and her food—enough to come in every day. “To me, that’s just what we’re really trying to do,” Mo says. “Make really good food that’s in alignment with the values that people are shifting toward.”
A serial entrepreneur who often traveled back and forth between New York and LA for work, Mo wasn’t at a loss for menu options in either metropolis. Still, no single restaurant checked off all of her boxes. In search of organic, chef-driven cuisine made from food grown by local farmers and free of gluten, refined sugar and GMOs, Mo sensed, quite rightly, that she wasn’t alone in her wants.
The idea to open a restaurant, however, was met with its share of detractors, a number of them in the industry themselves. “Everyone told me I was crazy for what I was doing,” Mo recalls. “First of all, it was new. People didn’t understand what it was. And, also, the restaurant business is a really hard business. Probably the hardest thing I’ve ever done in my career.”
Though she lacked a formal culinary background, Mo was, perhaps, the perfect person to open a space like Seed + Salt. Staying abreast of, and in many cases, presaging, trends has long underpinned her personal and professional endeavors.
In the late ’90s, she started as an urban networker at Levi’s, clueing the company in to what was happening in key city markets. That led to co-founding Ammo Marketing, the country’s first word-of-mouth, influencer marketing company—one that launched a good 15 years before “influencers” were a thing.
Mo would later go on to co-found Thread (now Hatch Beauty), a company specializing in branding, manufacturing and product development for beauty industry clients. Then, in 2008, tired of the “mass-ification” of fashion and compelled to create something truly unique, Mo founded Nomade Exquis, a line that began as a handmade, artisanal collection of clothing and accessories that launched in collaboration with designer Raquel Allegra.
1 Likes
0 Likes
0 Likes
0 Likes
0 Likes
Perhaps intuiting the rise of the uber-stylist, Mo, now working solo, switched the collection’s focus, pivoting to expertly curated, ’60s- and ’70s-era jewelry, sold by the likes of Barneys and often to celebrities and their stylist gurus.
Though Mo had yet to take on the food world, the roots of Seed + Salt were arguably planted years before, when she first studied under Taoist healer and kendo master Jiang Jing Sung Baek. “One of the things he said to me was, ‘You absolutely need to change your diet. And you need to do it today. Not tomorrow, not, you know, a month from now. You need to do it now,’” Mo recalls. She did, and never looked back.
Not surprisingly, Mo says her creative and business ideas often come from inspiration, as well as personal need. She gravitates toward concepts that haven’t been fully tapped or need serious hashing out. Bonus points if people tell her, “No, that’s a terrible idea.”
Granted, Mo has always been one to go with her gut, she says, adhering to a “just do you” mantra she believes extends to pretty much everything in life. But, sometimes this is decidedly easier said than done, particularly as a creative entrepreneur running her own show.
“The amount that you have to give, energetically, to that thing you’re creating? It’s draining,” she says. “It’s hard at the beginning, just from a monetary standpoint, to invest money into something or to invest time into something and to know you’re not getting anything back right now.”
So it went for Seed + Salt, initially. Mo ultimately partnered with Ariel Nadelberg, formerly of Brooklyn’s al di la Trattoria and Applewood, and Lauren Godfrey, the restaurant’s executive chef and creative director, respectively. The trio spent months developing the perfect menu prior to Seed + Salt’s opening.
Inventive, high-quality cuisine didn’t immediately translate into a surge of hungry customers, however. “When we first opened Seed + Salt, our first three months were dismal,” Mo concedes, adding, “one of the hardest things you have to do is really believe in what you’re doing.” 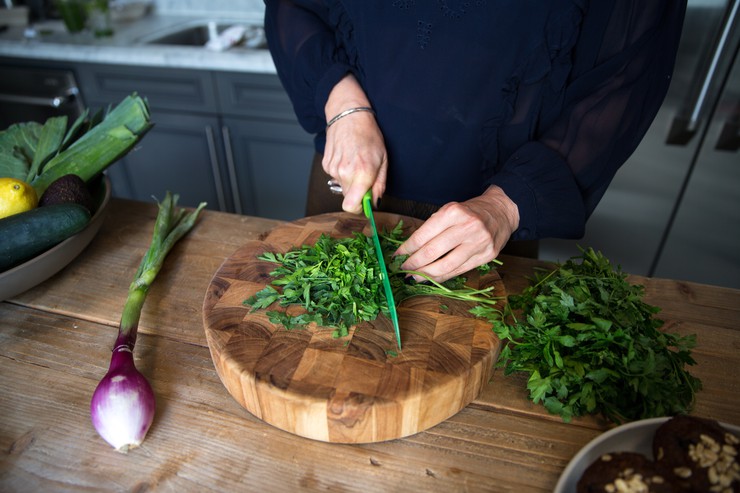 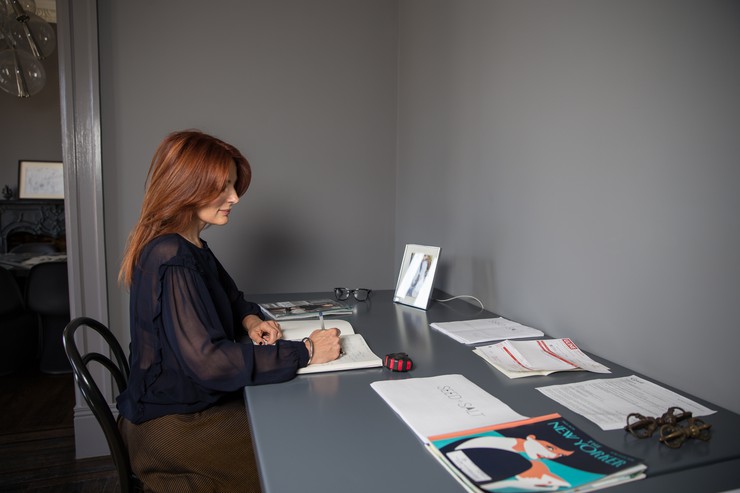 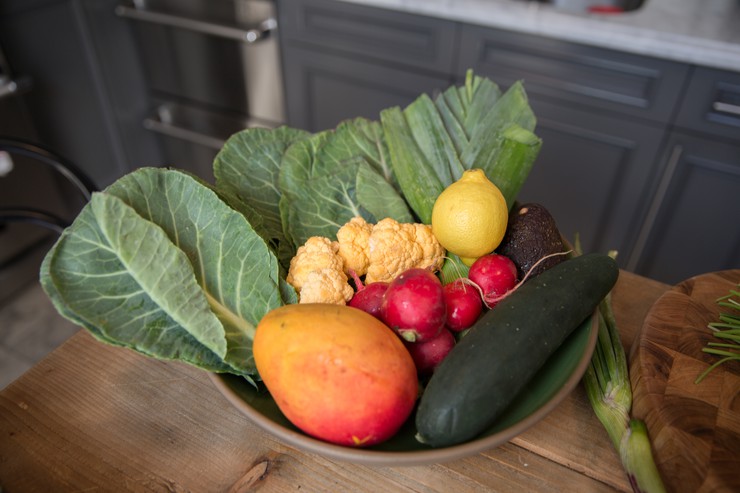 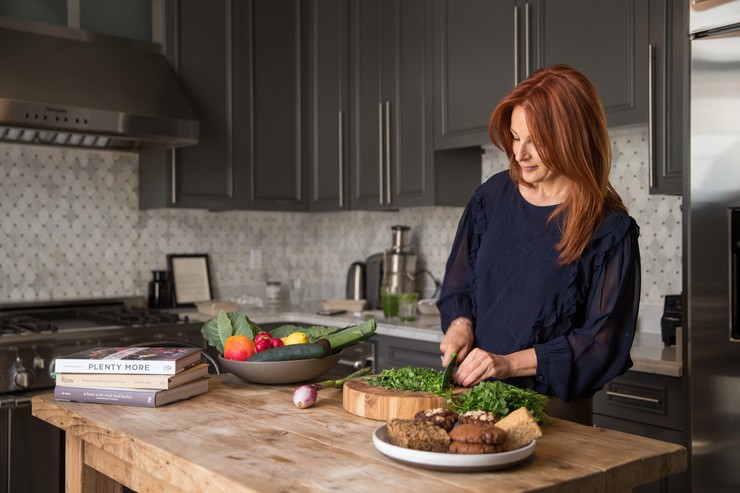 0 Likes
Mo says she experienced similar hurdles early on at each of her companies. Many mornings she woke up questioning just what she had gotten herself into—grappling with the unexpected, trying to control the things she so often could not.
While challenges to pushing forward abound, Mo has devised strategies for the routine creative blocks—whether she’s opening a restaurant, writing a story, or developing a film project—that can seemingly affect us all.
“I allow myself to step away from it. And not step away from it in terms of thinking about it, but step away from the way I’m approaching it, to find a different way,” she explains. Changing her scene, so to speak, including talking to people not involved in a given industry, has allowed Mo to see whether something unexpected motivates her or offers a new insight.
Mo has undoubtedly gleaned a few insights in the roughly 20 months since Seed + Salt’s opening—one being the need for a primer of sorts for people looking to embrace the restaurant’s clean-eating-and-living ethos. “We’ll have recipes, but it’ll be more like a resource guide for people moving toward this lifestyle,” she explains.
Also in the works: a line of packaged goods for retail, created to expose a wider audience to Seed + Salt’s cuisine and philosophy. Additional restaurants are another possibility, with one caveat. “What I don’t ever want to do is change the specialness of what the restaurant experience is,” Mo says. Ergo, don’t expect to see watered-down Seed + Salt chains crisscrossing the U.S.
Mo and her team are operating ambitiously, but thoughtfully. Going forward, she’ll probably hew to one of her own mantras. “Don’t operate from fear. Operate from a place of creativity and love.”

"Looking at inspiration for seed+ salt's new cookbook and my project on Pomo Indians."

"In front of my favorite painting by artist Shannon Finley in my creative space."

"With my kendo sword given to me by master Sung Baek which was made by his own hands. In front of my 1960's brutalist credenza."