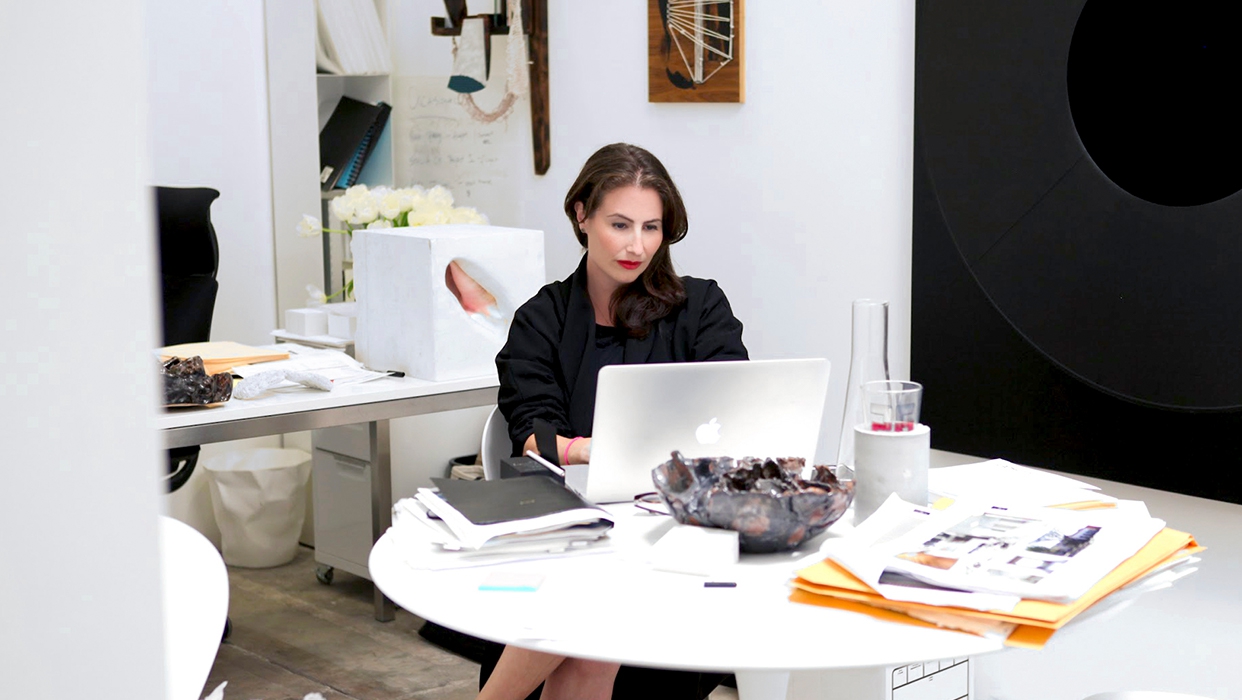 I THINK WHAT IS EVEN MORE IMPORTANT THAN CURATORS CREATING AND KEEPING SPACES OPEN TO SUPPORT ARTISTS IS ARTISTS CREATING PROJECTS TO SUPPORT OTHER ARTISTS. AND THAT’S WHAT WE’RE SEEING...AND THAT’S SOMETIMES WHERE THE MOST INTERESTING WORK HAPPENS.

Lauri Firstenberg is the founder of LAXART, an independent, non­profit, contemporary arts organization in Los Angeles, supporting artistic and curatorial freedom. She served as the Executive Director and Chief Curator of LAXART for a decade.

As a teenager growing up in LA, Lauri always knew art would be part of her life. She may have ended up basing her life out of LA, but that wasn’t the initial plan.

After high school, Lauri headed north to study dance at Berkeley in hopes of becoming a choreographer. But, once she got there, she discovered her school had the leading art history department in the country. So, Lauri began studying art history. Loving what she was learning from her new mentors, Lauri took to academia well, eventually earning her PhD.

“I was inspired by teachers…[and] that art history touched so many disciplines—philosophy, literature and history...all that I was passionate about...These professors and mentors were really critical in terms of guiding my thinking and...decision making in furthering my education.”

Lauri knew she wanted to curate more than teach, so she left for NYC the day after her exams and went to work on the Whitney Museum’s biannual exhibition. Soon after, she was presented with the opportunity of a lifetime. Okwui Enwezor, a prominent art critic and curator, stepped in as Lauri’s curatorial mentor. They traveled together and worked on “documenta,” a mega-exhibition of contemporary art held every five years in Germany. 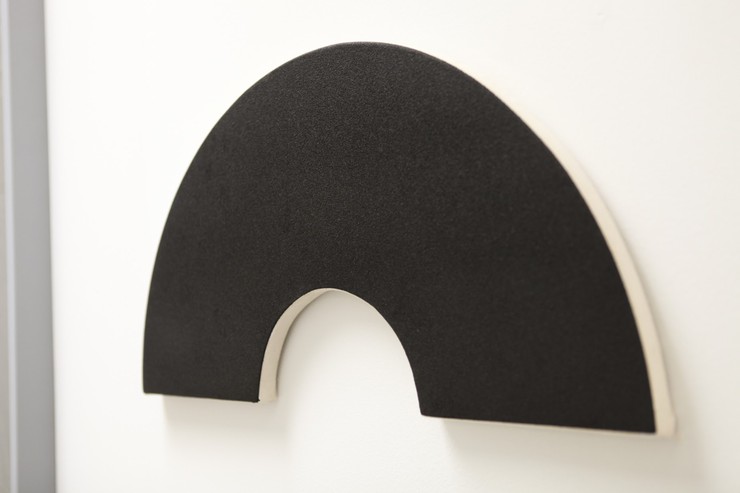 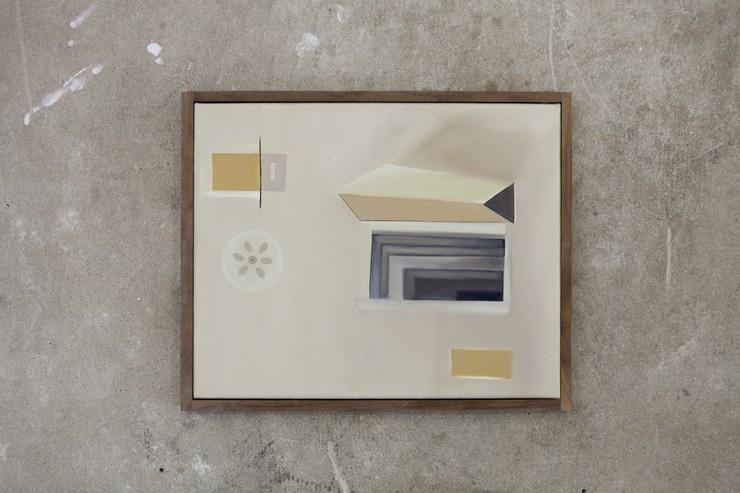 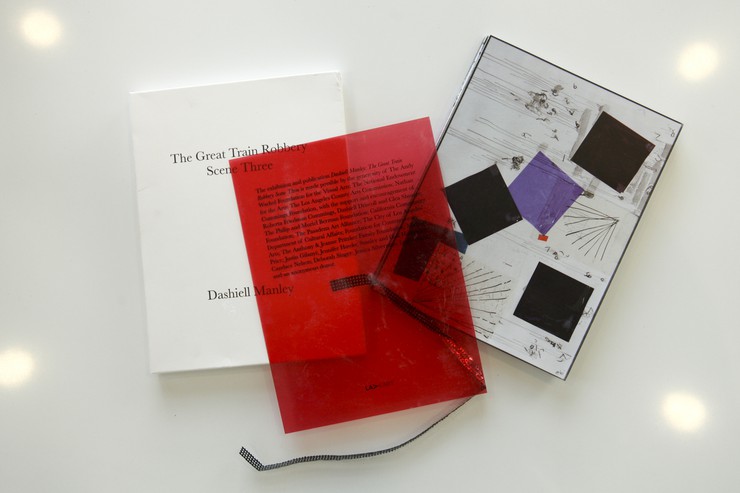 During this time, Lauri learned two major lessons about being an independent curator—lessons that helped shape her career, “One was working independently, but having affiliation with institutions and being able to touch museums without being inside of them...And the other was working collectively building an exceptional curatorial team….documenta was an incredible example of that, bringing everybody’s expertise together to produce exceptional work.”

After working at documenta and other biannual exhibitions, Lauri felt the scale of these world-renowned exhibitions was not the “most effective way for a young curator to work with a new generation of artists.” She tended to work on a more intimate scale, which took her to Artists Space in New York.

“I had just traveled with Okwui all over the world working with documenta and had all of this experience and international research and went to Artists Space to internationalize the program. And just having that much freedom was incredible. So when I left to move home [to LA], Artists Space suggested I open Artists Space West.” This suggestion turned Lauri’s attention to the landscape of nonprofit organizations in LA and she realized what “the failures and trappings of cultural non­profits [were] and why there wasn’t necessarily an institution with longevity, sustainability and vision.”

Instead of finding a space to take over (as she did in New York), Lauri began staging exhibitions and bringing think tanks of artists and curators together to address concerns specific to LA at the time. From there, LAXART was born. 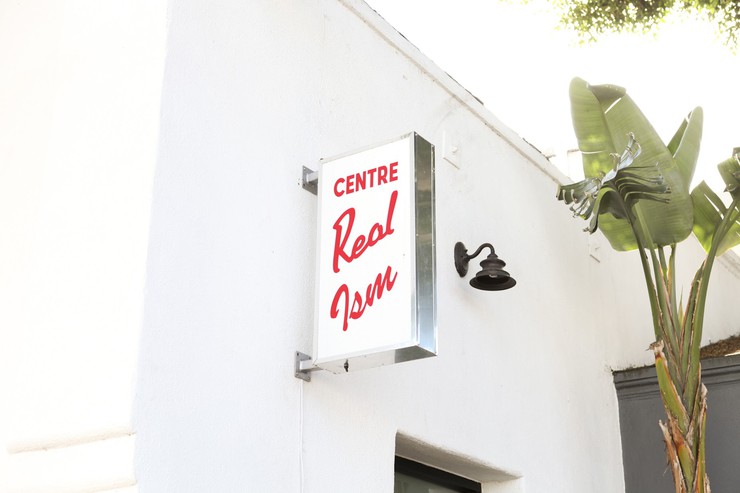 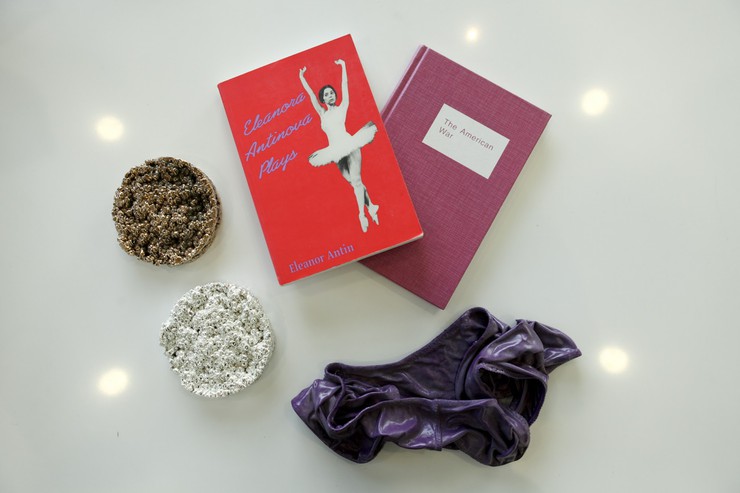 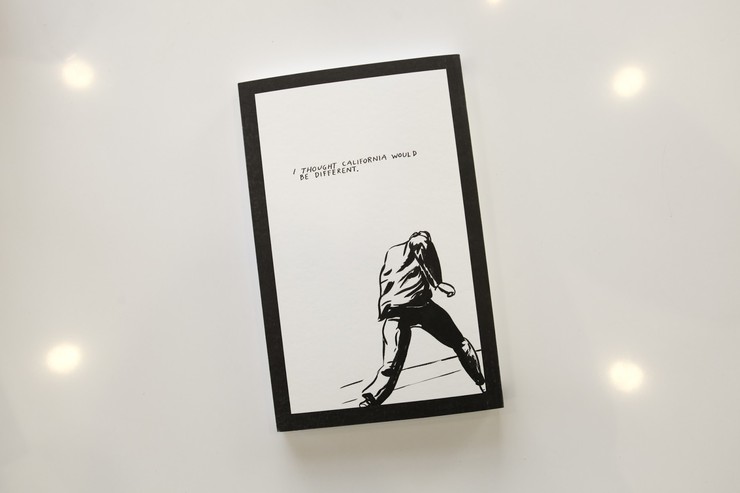 “One of the reasons why this organization exists...is to create a space for artists and for curators...especially [for] young artists who may not have commercial or institutional support...Working [through problems] in a safe space like LAXART, hand in hand with a peer...is a really important exercise. And I think the writing that’s generated out of LAXART is very important to the artists we work with. I think there are other organizations that do wonderful things, but I think the relationship between artists and curators and how they’re supported under the umbrella of LAXART is unique.”

Lauri’s innovative, solution­-oriented perspective has resulted in 10 years of progressive work through LAXART. “I think success would mean that there’s support and resources for artists in a sustained way...if I look at the curators who have come through the organization, I think the work that they’re doing is pretty exceptional and the places they’re working [are] pretty exceptional, as well. So, that, we think about as a great achievement. And I think for a space like LAXART, success would mean sustainability beyond any one individual and to be able to hand over a space to the next generation of artists and curators.”

With her keen eye for culture and her deep understanding of the needs of the artist, Lauri continues to usher in a new generation of artists and connect artists and curators in an intuitive, impactful way.

“Artists want and need this space now more than ever to realize ideas and to value ideas over object making...and I think what is even more important than curators trying to create and keep spaces open...is artists creating projects to support other artists. And that’s what we’re seeing...and that’s sometimes where the most interesting work happens.”