I am constantly dealing with being somebody who rides on the cusp of different cultures. That is something that influences me.

Hisham Akira Bharoocha is a man of many talents, balancing his eye and his ear to create extraordinarily unique work. A visual artist and musician, Hisham has always found himself crossing between genres. Even as a kid, he carried a sketchbook and stash of cassette tapes wherever he went. Blending his mother’s love of American folk art and his father’s passion for many types of music, Hisham has been able to follow both paths simultaneously his entire life.

Hisham grew up in Tokyo, where he discovered heavy metal music and began singing and playing bass guitar. He's fluent in Japanese and English and went to any American musician’s performance he could get into. He easily jumped on guest lists at concerts- often for free- because he could talk his way in. Hisham moved to America to earn his BFA in photography from the Rhode Island School of Design and continued immersing himself in both the visual art and musical worlds. By being around the people he admired, Hisham was able to create a relationship with successful bands, like Boredoms. After seeking them out, he played with them improvisationally and even set up an event in Brooklyn called 77 Drummers to showcase the band’s experimental form of rock. Soon he was playing with other rock bands, including Black Dice, with whom he toured for seven years. 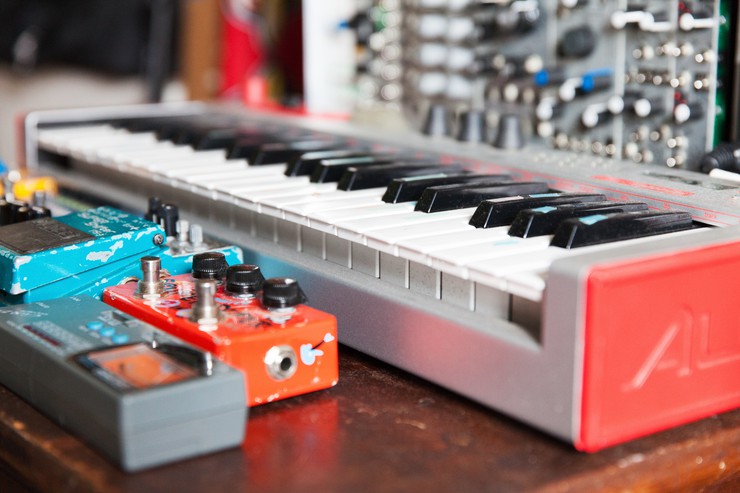 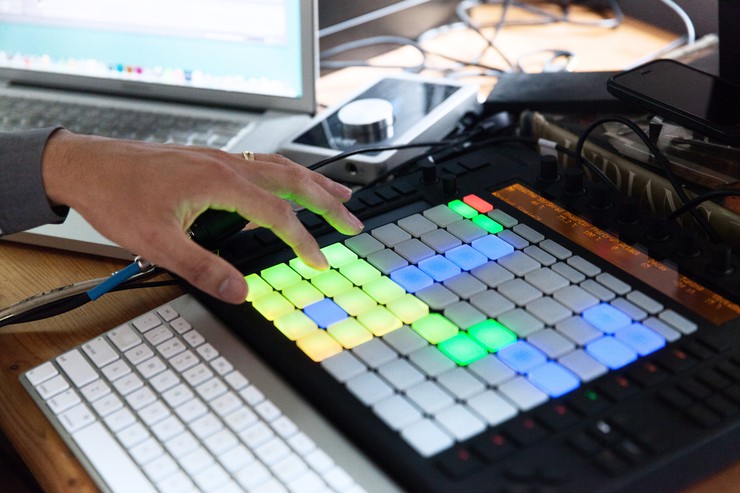 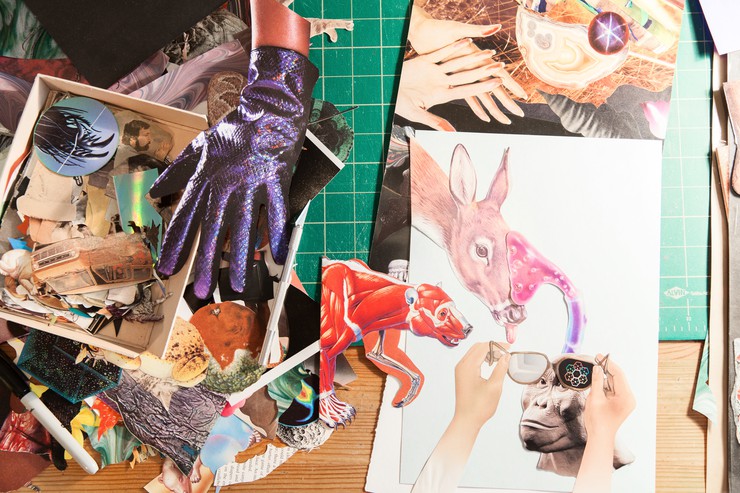 With all the collaboration in his musical life, creating visual art is a welcomed solo effort. Incorporating meditation as part of his process, Hisham uses the visions and strokes of insight from those quiet moments to create images from his unique point of view. Blending his skills of photography and painting with the use of cut-outs from old magazines from around the world, he creates multi-dimensional collages that beg the viewer to take a second look. Being influenced by varying shapes, textures and ideas has been a driving force of his visual projects.

Hisham has found a way to balance his love for music and art. His multi-dimensional work includes his solo musical project, Soft Circle, his band FOUR, global exhibitions of his artwork and his commissioned commercial collaborations. His interest in trance-like experimental rock and repetitive visual elements constantly ignites his inspiration, allowing him to push his own boundaries and seek out connections others might not make. Hisham’s ability to be an audience member to others has surely contributed to his success in multiple genres. It has allowed him to appreciate other’s compelling work and use that to fuel his own desire to communicate through multiple art forms. He is in constant pursuit of evolution and a perpetual student of creativity, making him intelligent, intuitive and tirelessly committed to working at his own cutting edge.

"To the left, [are] cookbooks I've bought during my travels all over the world, or somewhere in the neighborhood. In the center, [is] something that inspired me that I found at a pet store. One of those fake coral sculptures you put in aquariums. I love these things. To the right, [is] a cold brew container."

"[Here are] pillows I made for my first solo exhibition in Europe at De Vleeshal in The Netherlands. These originally sat inside a tent positioned in the center of the exhibition where people could move around the hundred or so pillows of all shapes and sizes to make themselves comfortable to view the video piece playing inside."

"To the left, a bird feeder I found on a trip upstate (NY). To the right, a print sent to me by a person I became friends with on Instagram."

" [A] photo of me as an awkward teenager to the left, maybe 8 or 9 years old? The cake image is my neighbor Raimundo Rubio's miniature work. He usually works in painting but he wanted to branch out, and I pitched in for his Kickstarter to help the project move along. One of many who did."