Sometimes, endings can signal new beginnings. That was the case for Justin Hill and Brent Totty, founders and operators of Grit Collective, a business venture that provides a bridge between LA’s creative communities and the business opportunities best suited to making artists’ work shine.

The two friends, who’ve known each other since they were high school seniors in Orange County some 10 years ago, had both settled into consistent, secure careers—which were about to come to grinding halts.

Brent, Grit’s Chief Executive Officer, earned a degree in economics from the University of California San Diego, then spent about five years in the business world. A couple years ago, he was working as a financial analyst for hospitals, making sure that the medical institutions weren’t losing money in the billing process. It was a good job, but not one that put a smile on his face every morning.

Then Brent got some well-timed real talk from his manager: the company was going into a downshift, and perhaps Brent should get out. As Brent recalls, “It’s not that he fired me. He was like, ‘You’re better doing something else. Your potential has hit the ceiling here.’”

Justin’s trajectory was less linear—carrying him through “thousands” of different occupations over the years. Around the same time as Brent’s revelatory conversation with his boss, Justin was laid off from an career he’d invested 6 years in, and a role he held for 3, at a non-profit which allowed him to travel and work in developing nations around the world. “I got to meet a lot of amazing people, and for me, that kind of broadened my eyes to not only the world, but being able to work with people.”

The layoff was scary at first—but, in retrospect, Justin said he believes it was one of the best things that could have happened. “[That job] was a very safe place … but [it didn’t allow] me to grow or really feel like I was living out me.” His past experience serves him well, however, in his current role of Chief Creative Officer, in charge of cultivating relationships with the artists that Grit Collective brings on board.

So the pals got together and formulated the initial blueprint for Grit Collective, turning their “yin and yang” dynamic into a business venture that combines their strengths. “Our company bridges the gap between businesses and creatives,” Brent said. “I sit more on the business side, he sits on the creative side. Our symbiotic nature happens to be why we make the connection between the two sides.” 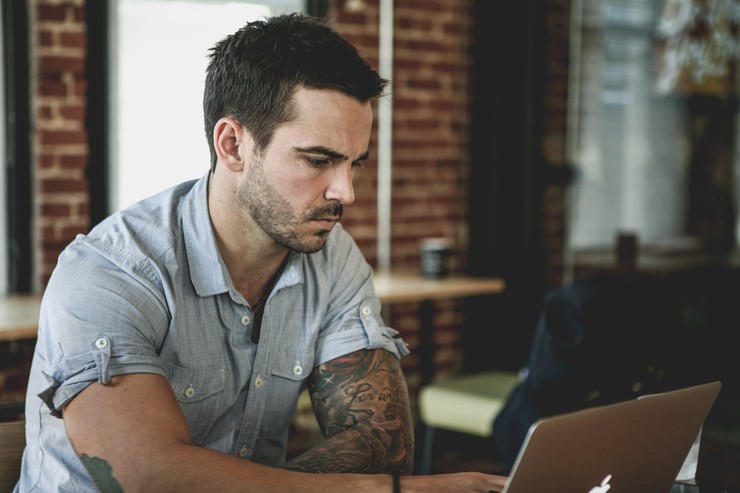 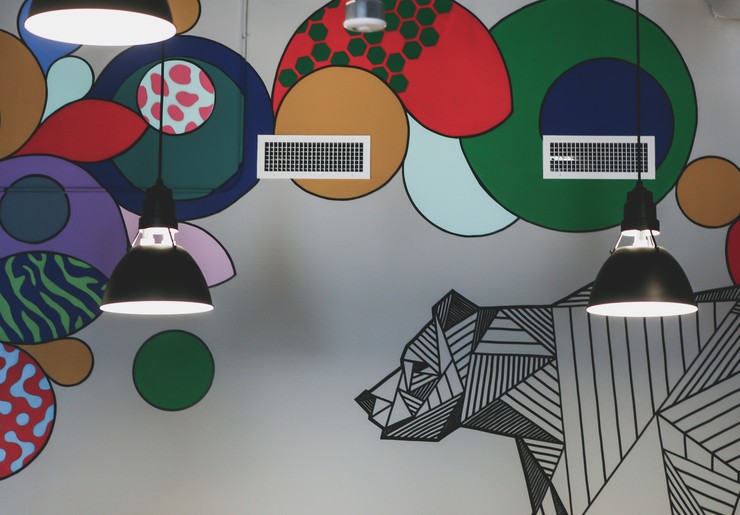 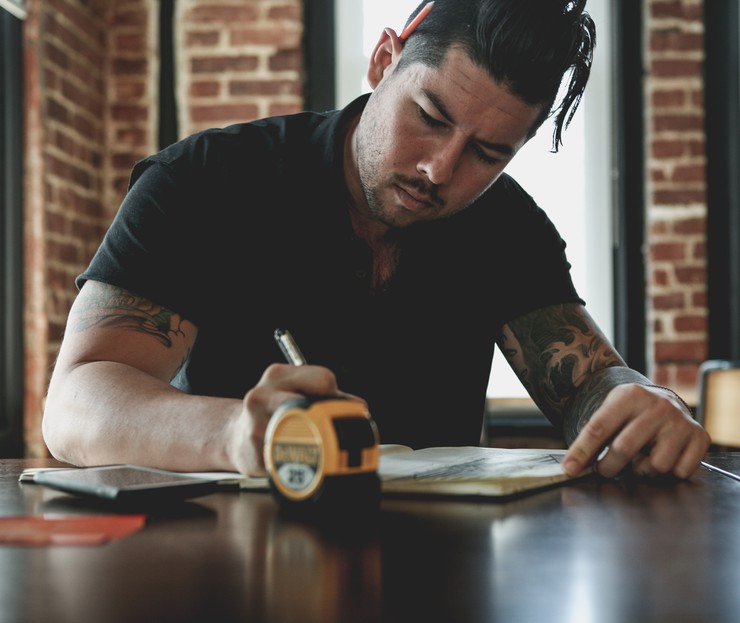 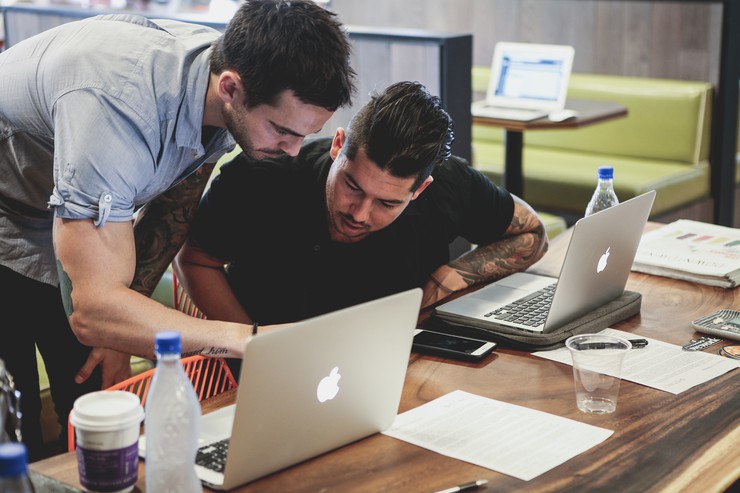 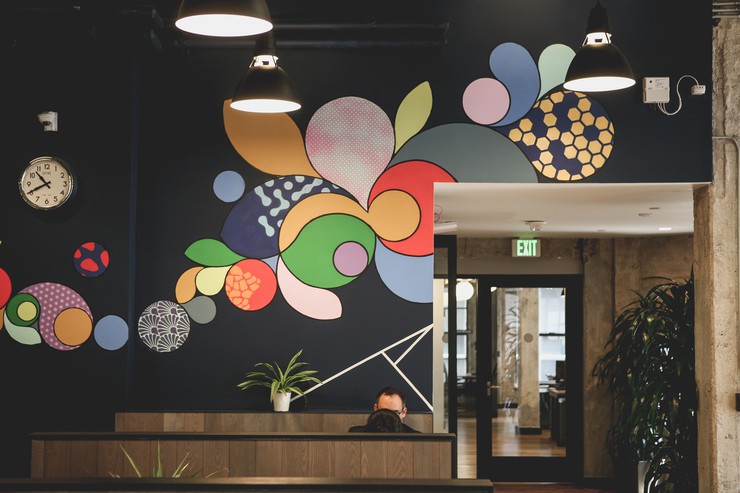 “Crunching numbers, running spreadsheets—not Justin’s forte,” Brent says, as Justin nods and laughs. “That doesn’t make him happy. (But) for me, I kind of find comfort in the numbers and knowing everything is accounted for and set.”

At first, Justin and Brent envisioned a central space where artists could come to get their creativity on, but then they realized that this might be limiting. “Creativity can be done in so many different areas, so many different spheres, that you don’t necessarily have to have a dedicated space,” Brent said. “You can kind of do whatever it is you want to do, as long as you have a network that can make it happen.”

They began to think about how to build a network that would give artists opportunities to showcase their work, though it didn’t necessarily need to be a traditional gallery, it could be in whichever areas needed some artistic input.  “It came down to creating something that is going to be a platform for people to do whatever it is that is their passion,” Brent said. “We wanted to build a network of people that would say ‘Yes, I know how to do this, this is how we’re going to do it, GO.’”

Ideas were beginning to take shape. The only problem? There wasn’t an existing template out there for what they wanted to do. “This area of business that we’re in is still kind of unchartered territory. Not a lot of people are really doing what we’re doing,” Brent said. “If there are hiccups along the way, you change your process and it’s constantly changing … You never know what you’re going to get on a project. You’re always thinking on your feet.”

“That first year, we were just sort of deer-in-headlights,” Justin said, “doing anything and everything, seeing what we’re good at.”

If Brent and Justin had another nickname, it might be the Yes Men. As a team, they’re anything but “by the book” and emphasize having an open mind and collaborating. And because of the open nature of LA, it’s been easy to build partnerships. “One of the greatest things about LA is that no one ever seems to say ‘no.’ As long a you want to get something done, you can always find a team to assemble and get things done,” Totty said.

While it may not feel like work to them, these guys are almost never off the clock. Brent said he gets up around 6:30 a.m. and doesn’t go to bed until his girlfriend “is tearing me away from my laptop at like 10 p.m.”

What does the future hold? Grit Collective will continue finding new ways to pair artists with opportunities to showcase their work and taking advantage of the latest technology in branding to tell stories through art—be it through social media, or even virtual reality.