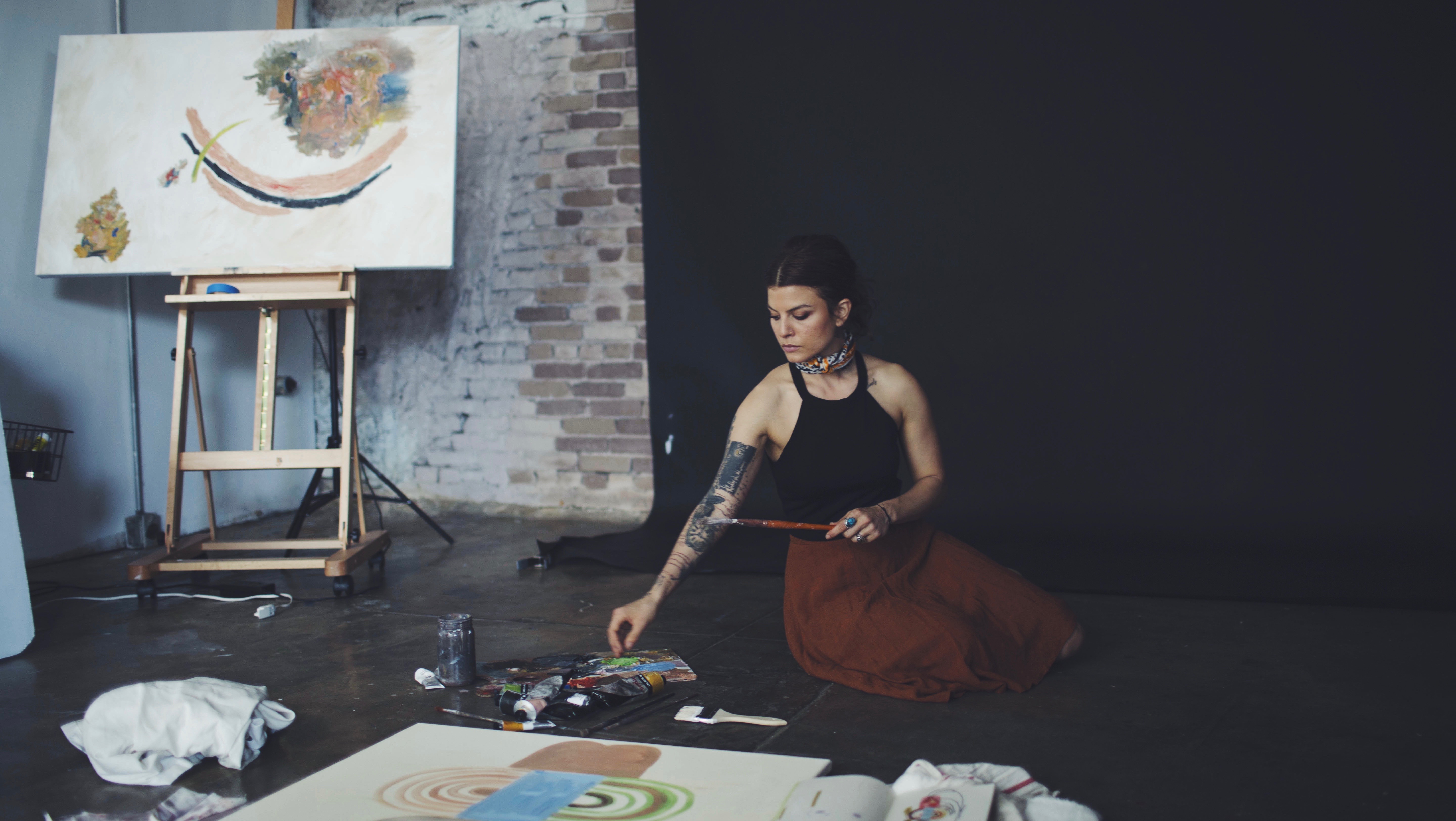 I realized what makes me feel the most fulfilled, despite the fact that I can be a lone wolf, is collaboration. Bringing people together and seeing how we can work together and what we can do together.

Adaptable, disciplined and a true follower of her instinct—LA-based artist and entrepreneur Gloria Noto is a creative ninja, blazing a formidable trail limited only by her limitless imagination. At only 30 years old, she’s already an accomplished painter, musician, top Hollywood makeup artist (working with celebrities like Shailene Woodley and Olivia Wilde), founder and editor-in-chief of art magazine The Work, and the creator of her own skincare line, Noto Botanics.

Some spend years in pursuit of just one of these goals—how can she tackle all five simultaneously? Gloria’s unflinching resolve, once activated, is a heat-seeking missile programed to explore, understand and master whatever challenge she sets for herself.

Born to Sicilian parents in Detroit, Michigan, Gloria is the youngest of five, with much older siblings. “I spent a lot of time alone, playing by myself, with my own imagination, which has definitely, obviously, shaped who I am today,” she says. She felt most at peace when drawing and painting. Gloria eventually went to art school, but dropped out when faced with picking a major during her second year. “I just didn’t understand how you could pick one thing to be for the rest of your life,” she says. She decided to pursue her dreams outside of school and moved to Florida for a year to reassess her goals.

“To this day, I don’t really believe in failure,” she says. “Failure is an opportunity to learn from something. If you do something and it doesn’t work, maybe you should try looking at it differently and learn from it.”

Gloria returned to Detroit, determined to build a portfolio of creative work that would launch her as a serious makeup artist. “I was still under 21, but I was like, ‘I know what I want to do.’ So I started producing photoshoots. Finding the photographers. Finding the models. Styling. Doing the makeup. The hair. Doing everything.” 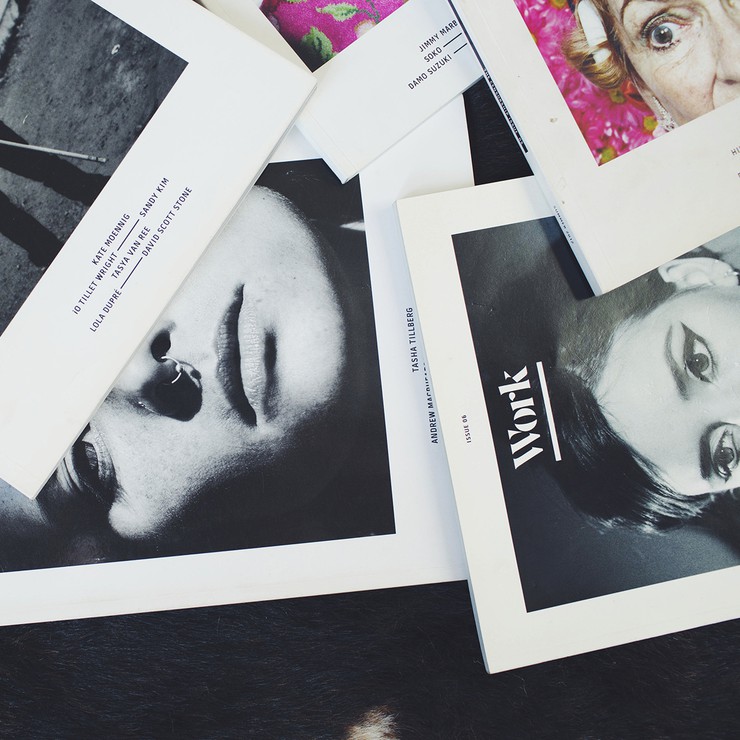 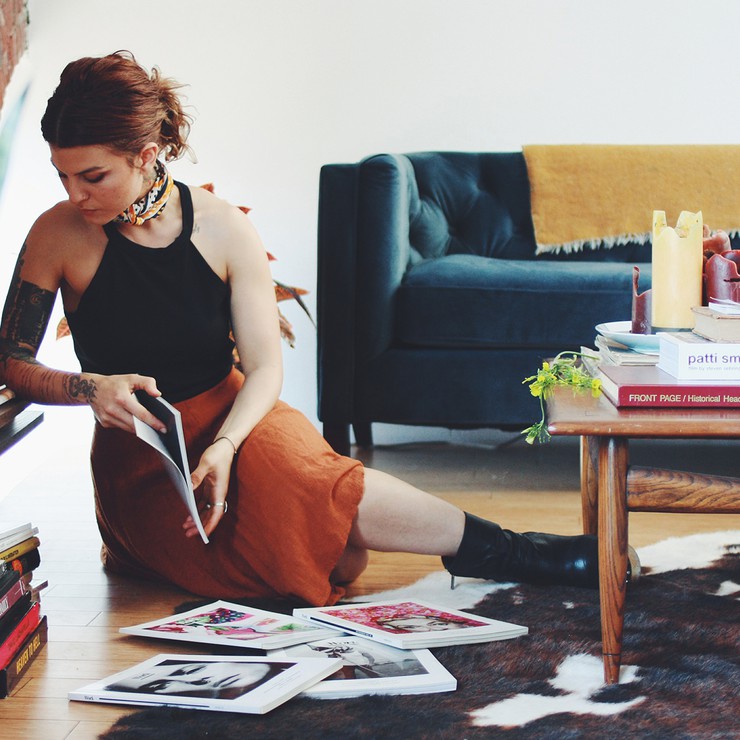 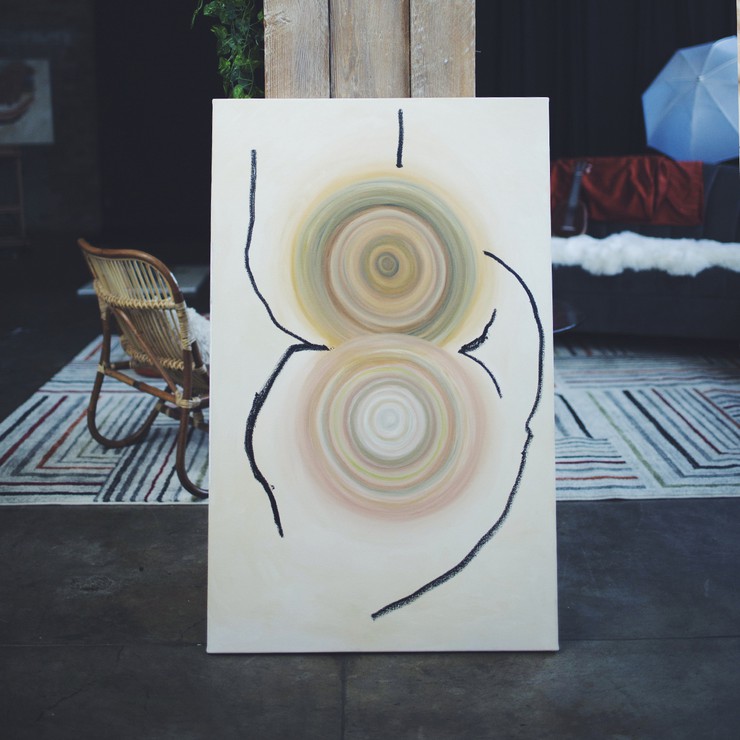 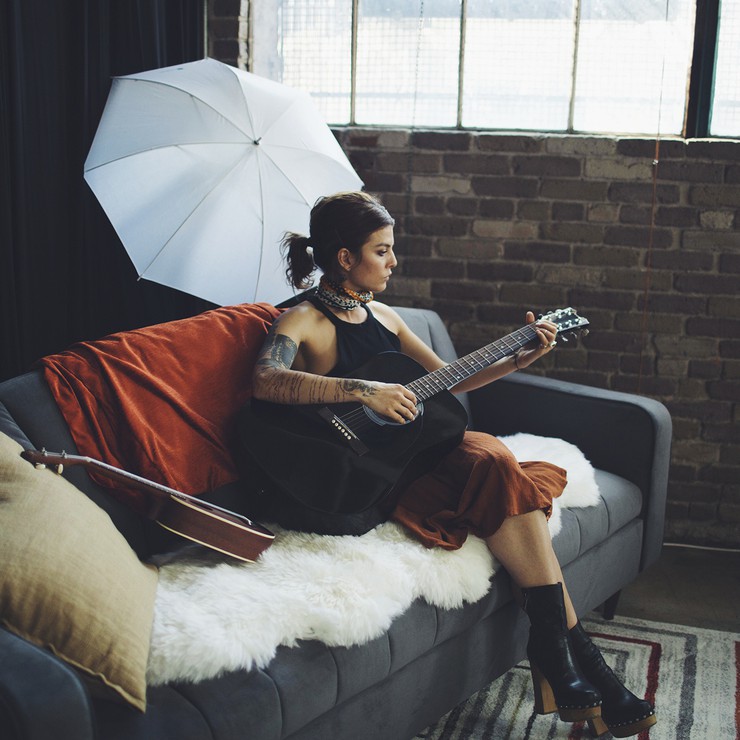 Gloria knew she’d eventually need to move to either New York or LA to further her career. At the time, she felt New York was saturated with talent, so she chose LA and found a job as a national creative executive for Napoleon Perdis cosmetics. At just 23, she was making a good salary, had her own office and was working with chemists to create product. But, after 3 months, she realized it just wasn’t in her DNA to work for someone else. Her portfolio was strong enough that, within a week, she signed with a major makeup artist agency.

Many would’ve been happy with that, but not Gloria. Within a few years, she found herself getting restless. During that period, she was going to dance clubs in LA and feeling inspired by the people she was meeting there. Underground artists, dancers, painters, filmmakers. At the same time, the publishing industry was going through a transformation—big publications were folding or slimming down, and small, grassroots publications were beginning to sprout up. Gloria wanted to be part of the shift, so she founded The Work, a magazine dedicated to showcasing the processes of creative people across different media. She produced art shows and events, and provided a platform for emergent music. She also started a beauty blog, Set Daze. 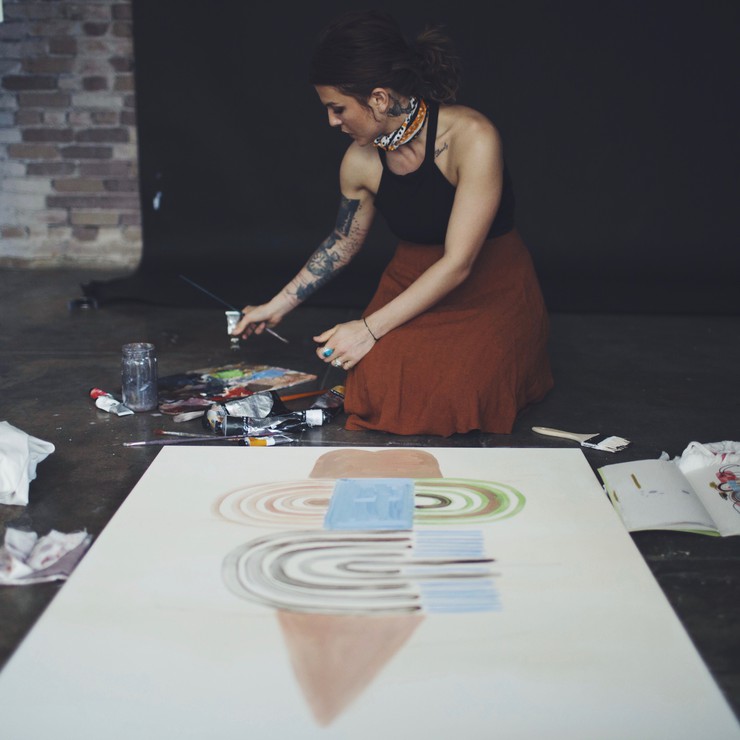 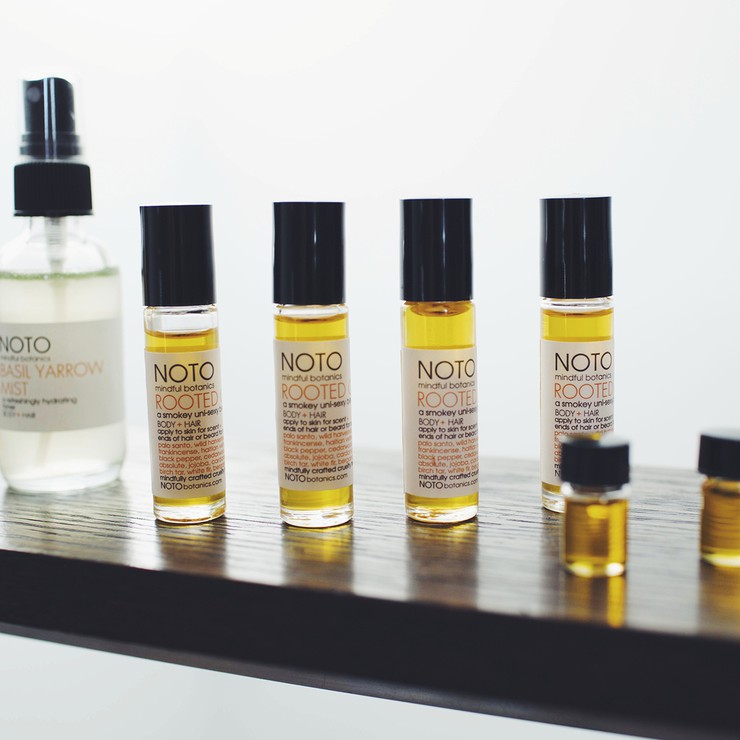 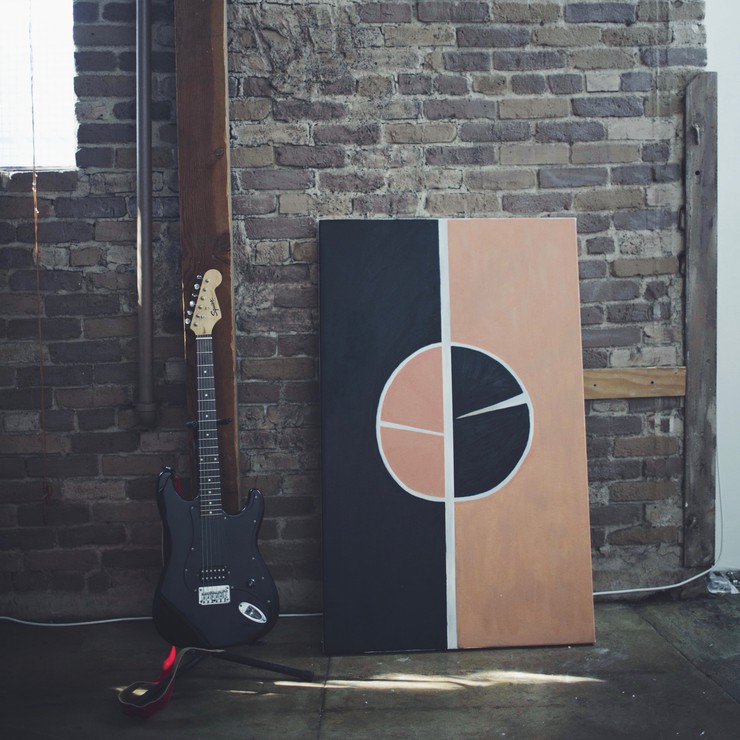 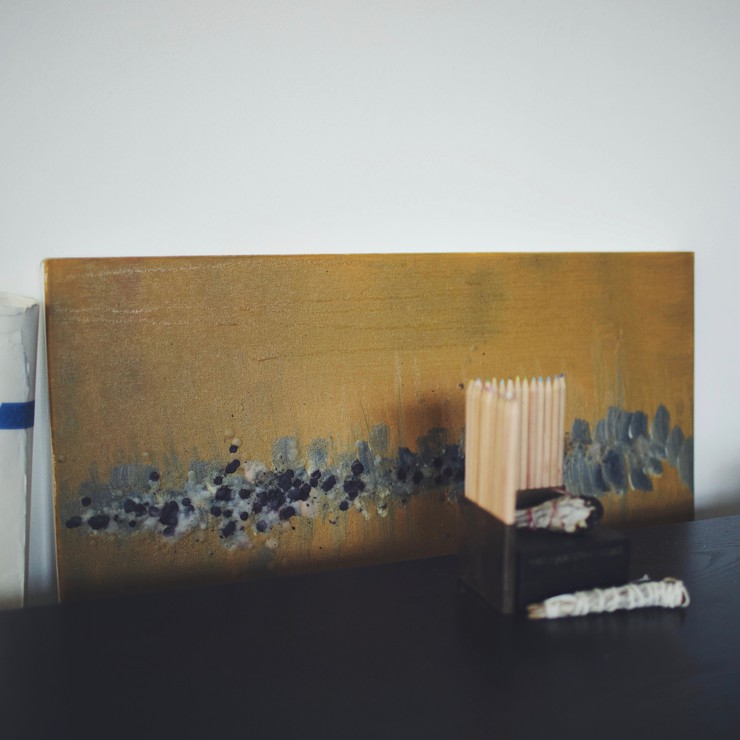 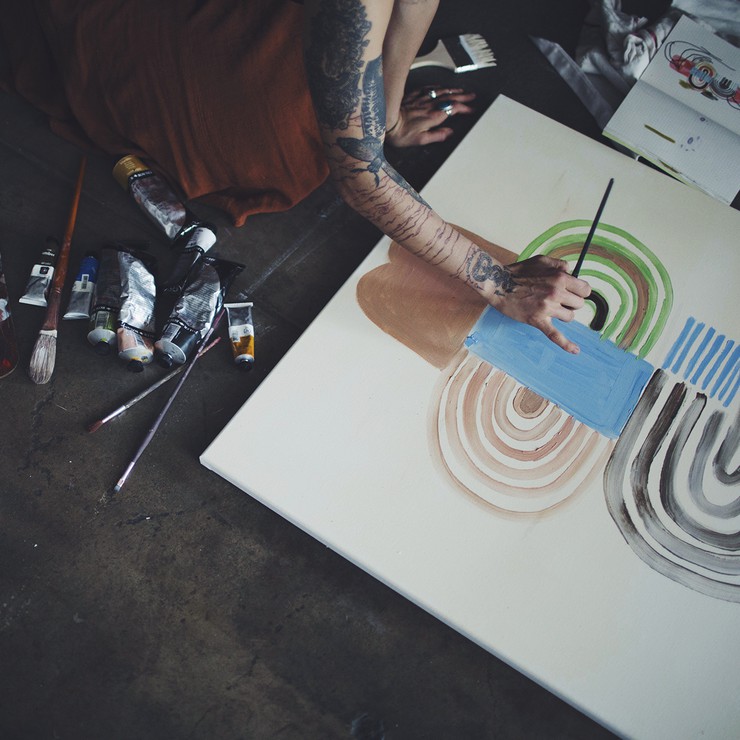 She had a magazine, a successful makeup career, multiple collaborations and was painting every day. Many people enjoying this degree of creative success might be happy to maintain the status quo. But Gloria has no fear of rocking her own boat when something doesn’t feel right. “I just knew something had shifted. I realized what makes me feel the most fulfilled, despite the fact that I can be a lone wolf, is collaboration. Bringing people together and seeing how we can work together and what we can do together.”

She started her natural skincare line, Noto Botanics, after realizing just how toxic the cosmetic industry can be. She focuses on using “real” models to promote her products—friends, people she thinks are cool—and showcases them and what they’re doing. “I mean, what is the point, if you can’t share with others? So I think maybe that’s kind of where I’m at right now, too, where I’m finally accepting of that fact that, yeah, we do need other people to be human.”