I haven't even started. I kind of think I will always feel that way.

Whether she’s collaging Katy Perry’s piano, creating backdrops or making animated films for New York Fashion Week shows, directing a 16mm music video for Jena Malone, live painting on stage at a Jane’s Addiction show or set-building for Cinespia (a film series held at a graveyard in LA), visual artist Alia Penner is driven by a singular motivation—to leave the world more colorful than she found it.

“At this point, I feel like I have a responsibility to be colorful...” says Penner, known for her distinctive flapper bob and vibrant vintage caftans. “Everyone else can be black and white, but I feel guilty if I’m not in Technicolor.” Her path to color was not a smooth road—rather, it was a series of stepping stones she followed, without too much idea of where they would lead, and no fear either way.

The Rolling Stones song, “She’s a Rainbow,” could’ve been written for Alia. She refers to herself more as a pop artist than a fine artist, given her work isn’t seen in galleries as much as on the pages of magazines, on sets,  and in hotel and product décor—thanks to the myriad brand collaborations she participates in. 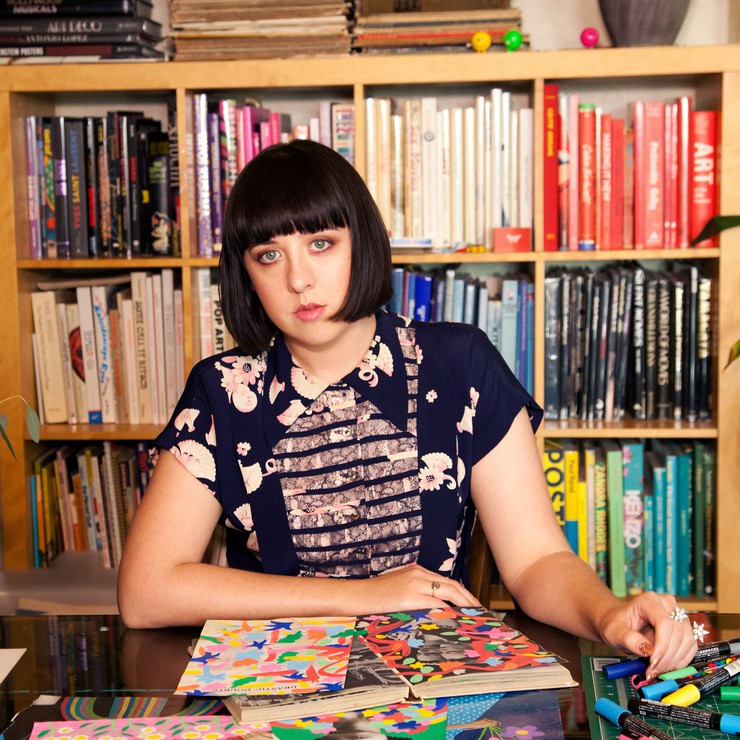 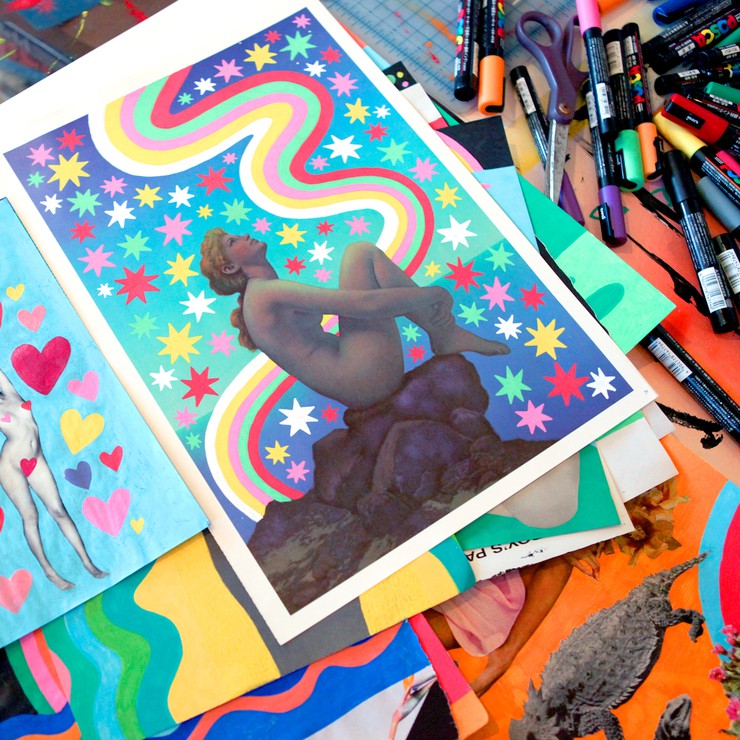 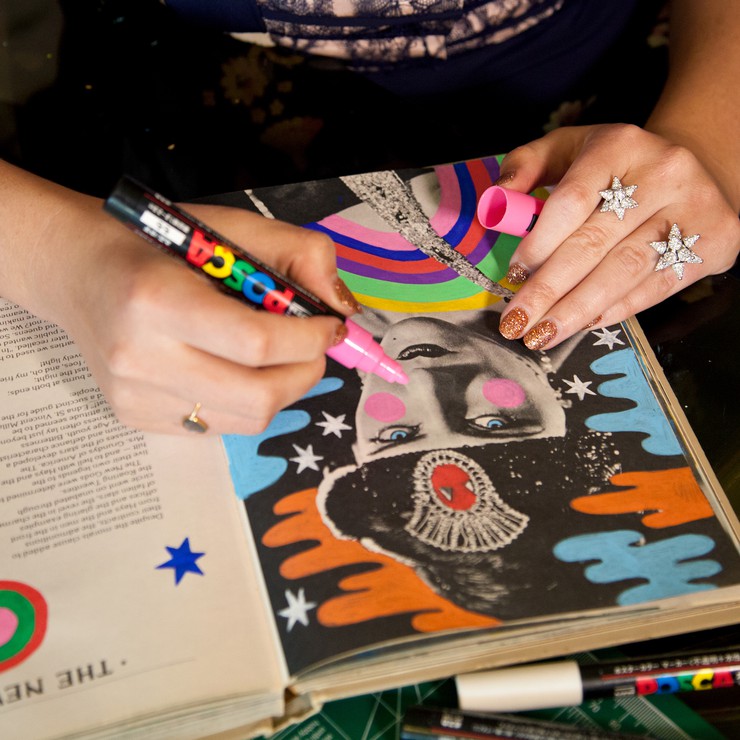 0 Likes
“I like the idea of lots of people being able to see and wear and relate to and be inspired by something that I had a hand in,” she says. “And the more colorful and silly and childlike, the better.” A dream job, she says, would be to serve as LA’s own Color Ambassador.  “If they could just drive me around the city and ask, ‘What color should we paint this building?’ that would be amazing.”

But there wasn’t a Color Ambassador class in school—and Alia’s journey from Otis art student to unofficial Rainbow Mistress of LA was shaped by much more than formal education. “It was a process, developing my signature,” she says, describing how her style evolved through collaboration with her equally colorful community of friends, by taking an indirect route to creative self-discovery and exploring various other disciplines—illustration, film and fashion design—before arriving at the foot of the rainbow.

The daughter of a 3D cinematographer, she grew up watching Disney cartoons in SoCal’s rustic idyll, Topanga Canyon.  In art school, she took classes in fashion design and illustration, neither of which ended up being her path. Out of college, she started working with other artists—designing posters for The Entrance Band, art directing Arthur magazine, collaborating with filmmaker Maximilla Lukacs and Lavender Diamond singer Becky Stark. “We all just wanted to make beautiful cool new things together. That was like a second art school—Maximilla and I called it Freedom School, because we were producing so much work together and were free to make whatever we wanted.” At “Freedom School”, Alia explored more styles than she did in traditional school—and that’s when the rainbows arrived. 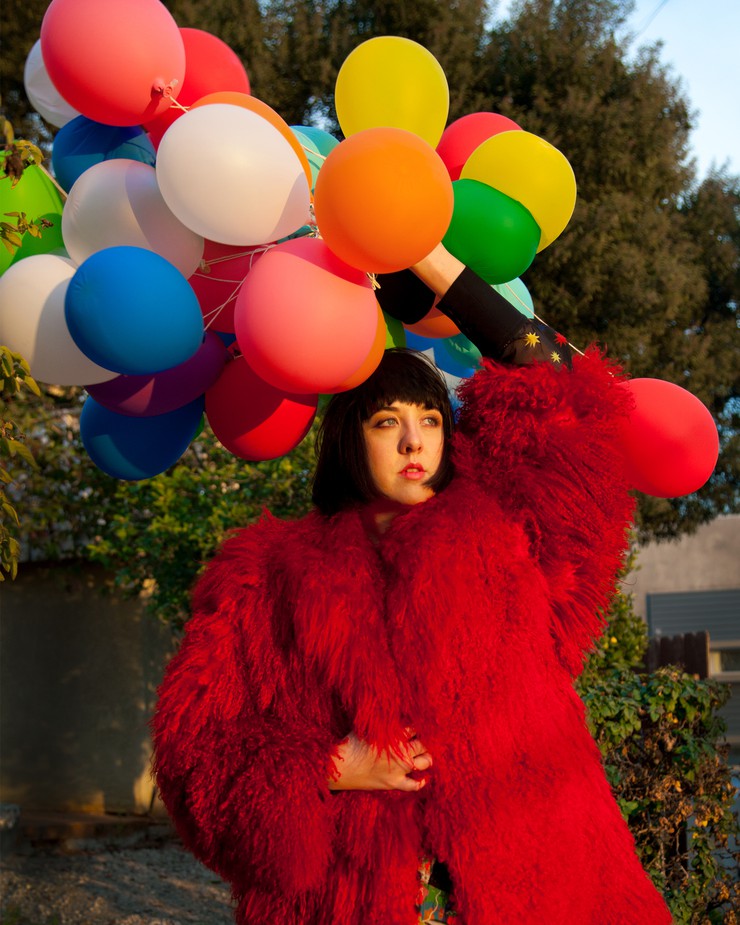 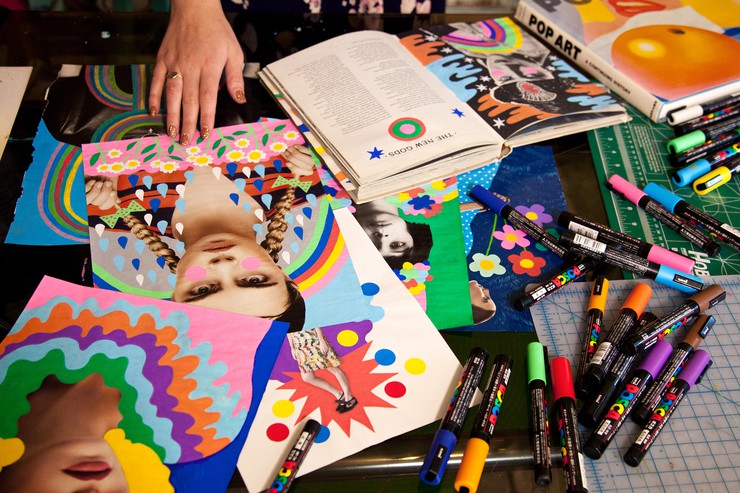 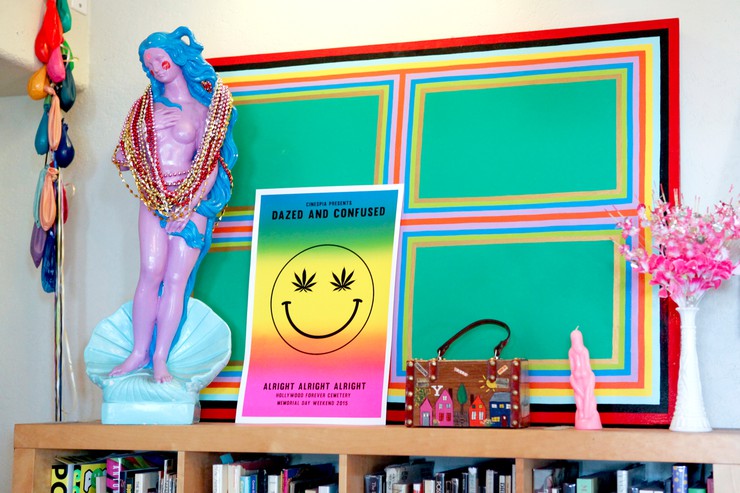 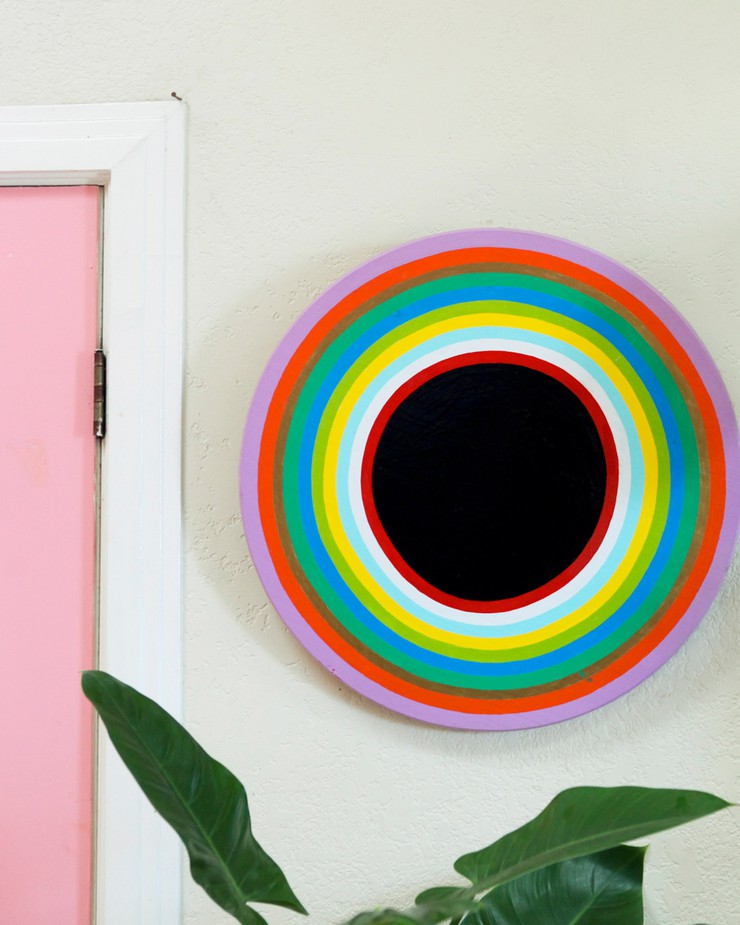 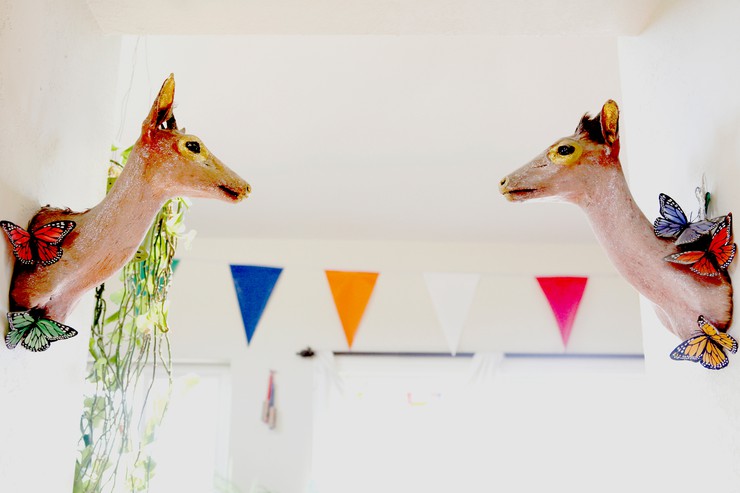 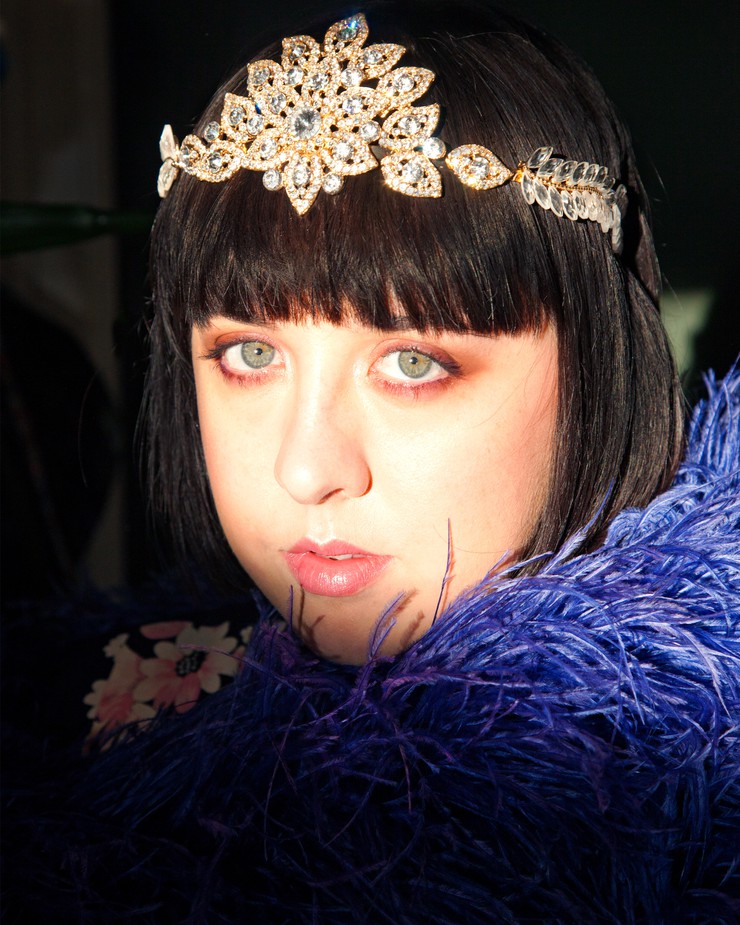 Always drawn to color, she created a “portal series” for a show at the Architecture and Design Museum in LA, building a fantasy house with a rainbow and gold front door. “I realized I like rainbow colors, and I realized I don’t want them to be orderly. I want them to be random, bright green next to red and blue. I would let each color tell me what to put down next and it was almost a mediation in color.” From there, the color exploded, and her motivation to paint the world expanded to bigger, wilder dreams.

She doesn’t see those dreams ending any time soon. “What motivates me is the dream of what I can still do while I’m here,” she says. “I think a lot of artists want to create some kind of body of work that is left on the planet. I would love to paint bigger and crazier things. I want to paint a car. I would love to paint a house. I would love to make more fabric and movies. I feel like there’s so much to do … I haven’t even started. I kind of think I will always feel that way.”